When two young African-Americans were arrested in a Starbucks on April 12th, 2018, for not placing an order, the company committed to closing all 8,000 stores in the United States for an afternoon of conversation on racial equity and inclusion. The national conversation was designed by SYPartners in close collaboration with Starbucks’ leadership and the Perception Institute, with advisement from the NAACP and Demos. 130,000 Starbucks partners participated in what is likely the largest simultaneous conversation on race and bias in history.

As a member of the 24-person team at SYPartners that designed the conversations, I co-draft a first iteration of the 4-hour in-store experience from beginning to end. I worked alongside strategists to implement expert input from the Perception Institute, creating activities that would ethically address racial bias while honoring the self-directed nature of the gatherings.

All materials, including a 68-page team workbook, personal reflection journals, and an hour of video content featuring businesswoman Mellody Hobson and rapper Common, as well as a short documentary from Stanley Nelson, were created in 3 weeks for distribution to stores in time for the May 29th conversation. 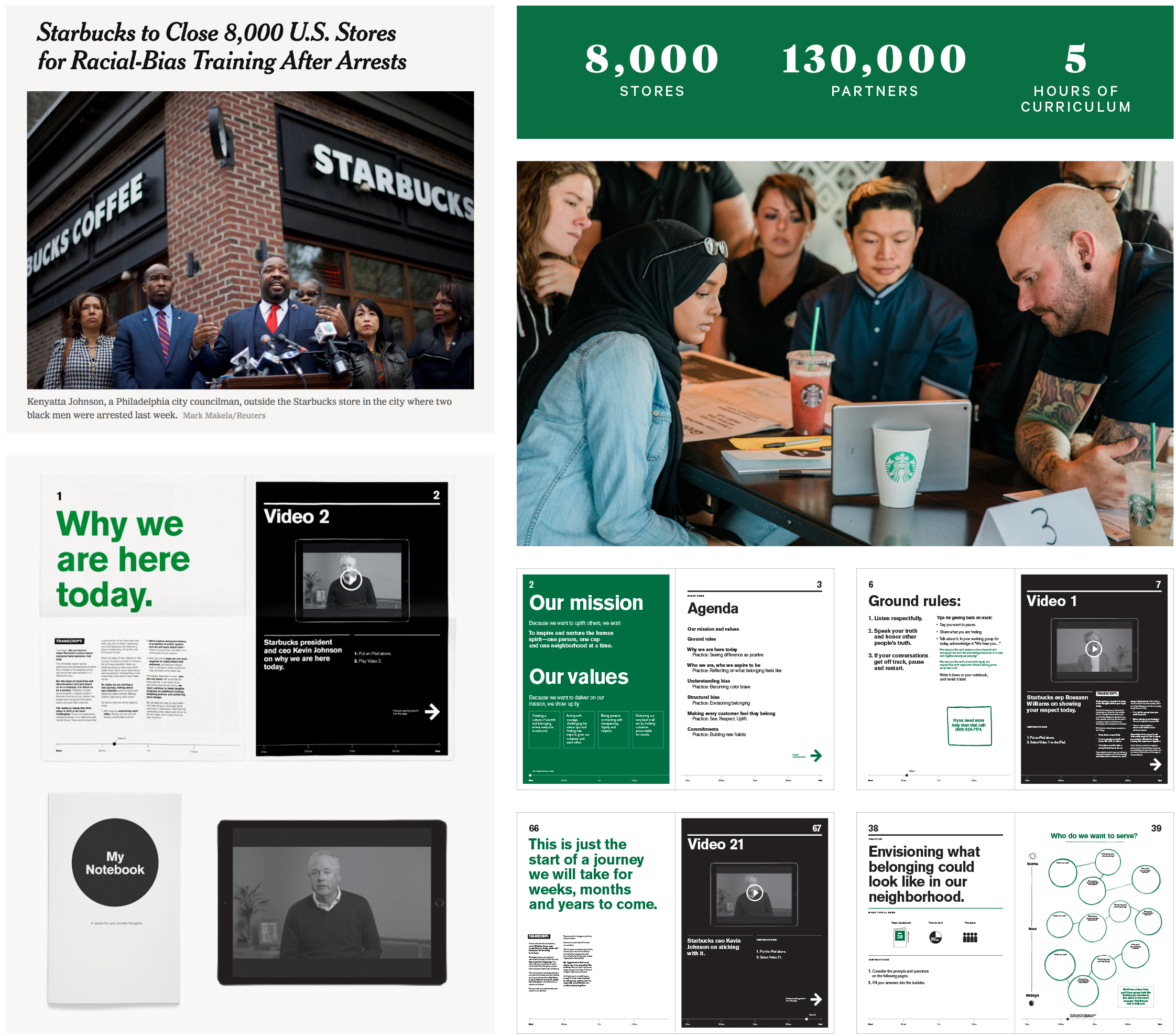